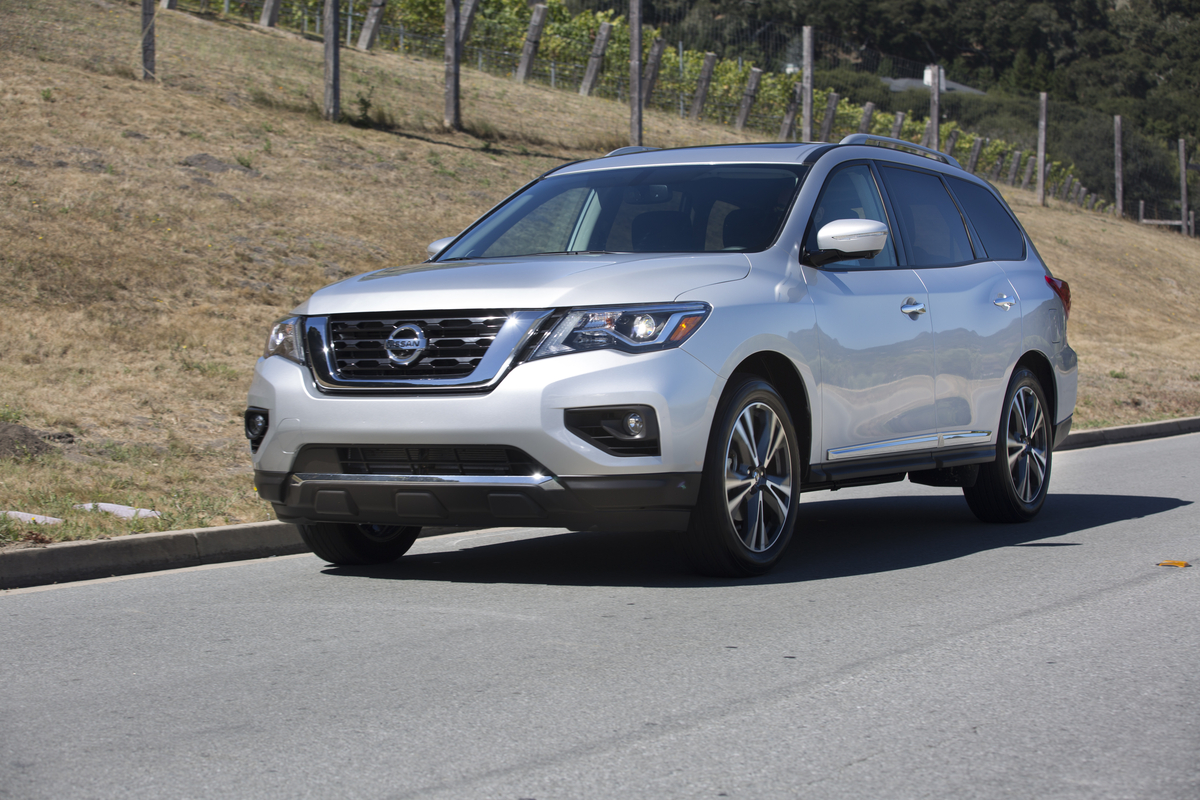 The Nissan Pathfinder has earned quite the reputation among experts and owners alike. If you're searching for a crossover SUV that's not too bulky to drive but that also has enough space to make it versatile, look no further than 2017 Nissan Pathfinder.

For 2017, the Pathfinder receives significant upgrades, making it the best version yet. Updates include a new front hood and fascia, more powerful engine, greater towing capacity, and conveniences like a motion-activated power tailgate. New safety and driving aids also debut this year and include forward emergency braking and active cruise control.

All 2017 Nissan Pathfinders come with an upgraded 3.5-liter V6 engine, churning out 284 horsepower (up from 260) and 259 pound-feet of torque (up from 240). Pathfinder models are available with either two-wheel or four-wheel drive.

No matter which option buyers choose, they'll find that they get more than enough pep and strength from this SUV. And while the 2017 Pathfinder has all the power needed to navigate city streets and highways safely, it's also remarkably capable in more treacherous conditions. 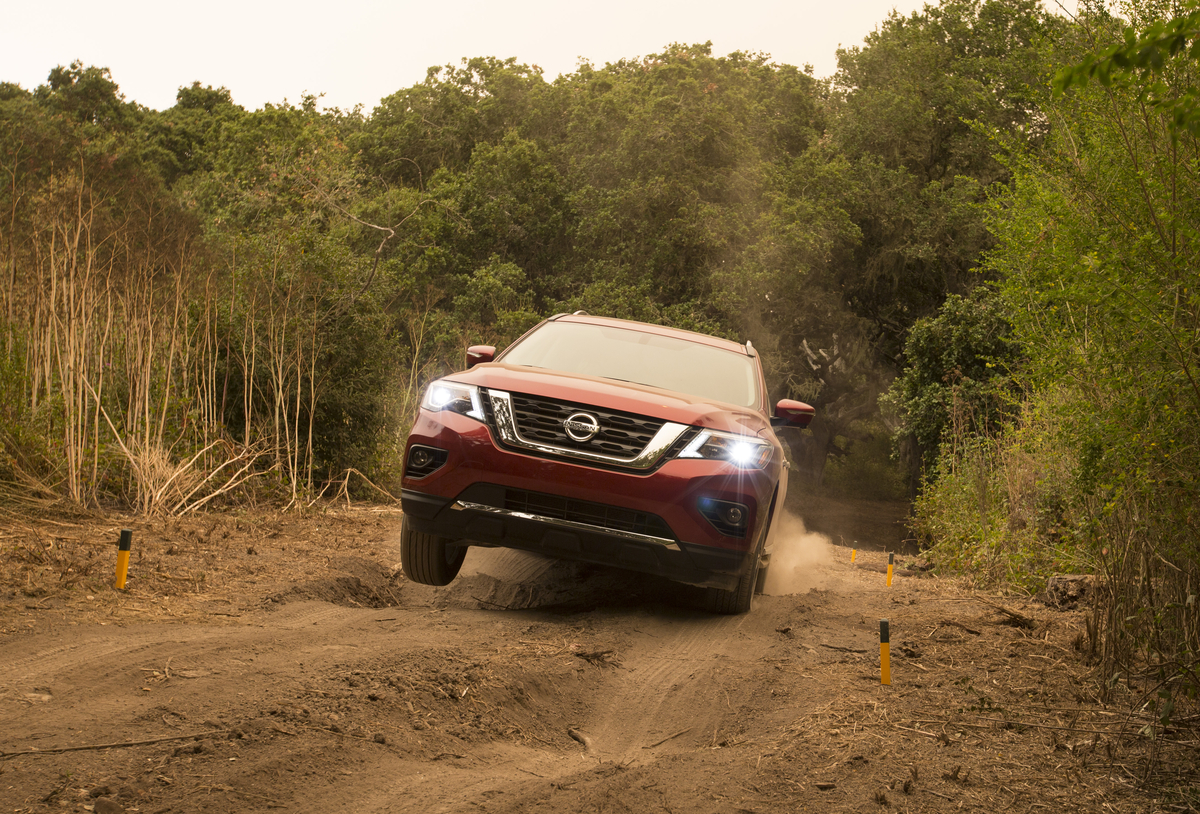 The Pathfinder comes with an Xtronic® continuously variable transmission (CVT) that provides an extremely smooth ride. The CVT changes gears seamlessly, so it never jerks or hesitates.

The base S model isn't exactly packed with fancy features, but it doesn't skimp either. It comes standard with tri-zone climate control; 18-inch alloy wheels; LED running lights; a rearview camera; keyless ignition/entry; an eight-inch touchscreen; and a six-speaker stereo system, which includes a six-disc CD changer, and Bluetooth® connectivity. 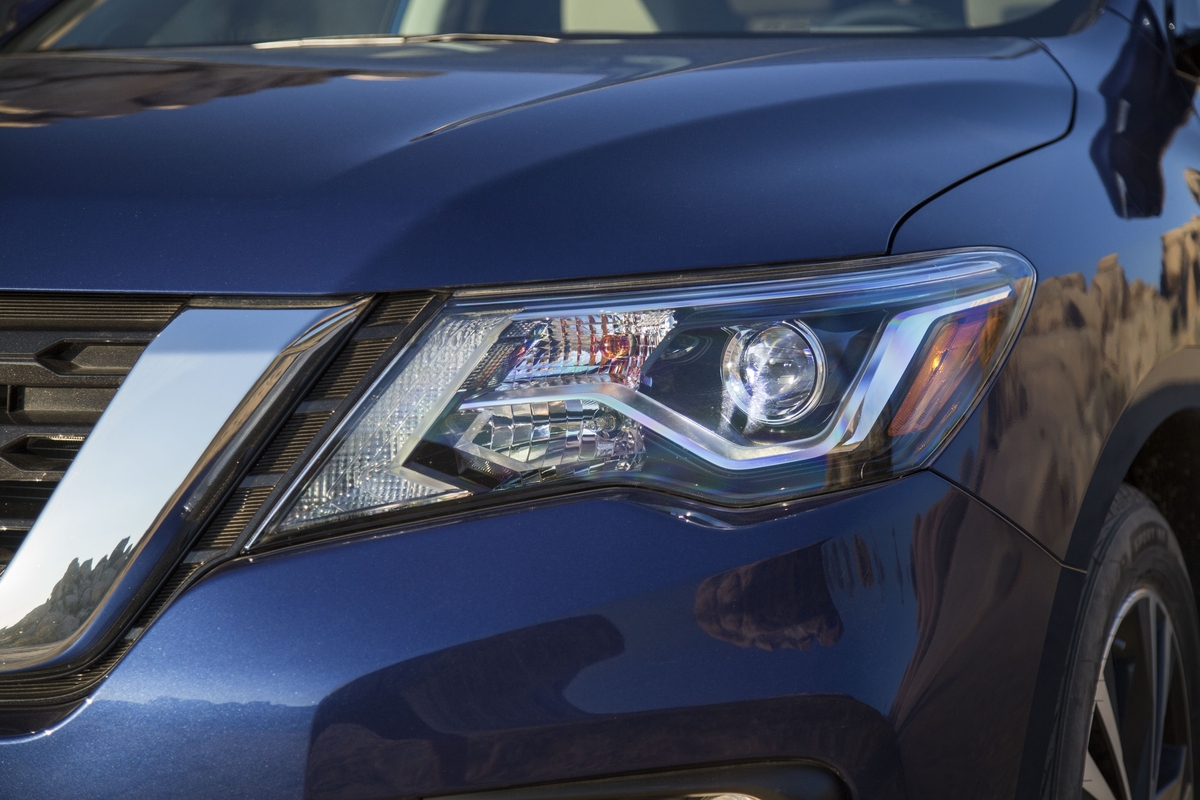 Stepping up to the SL adds in-demand features such as blind-spot monitoring and rear cross-traffic alert systems; hill-descent control; power liftgate; and a 360-degree parking camera system, which makes backing out of and maneuvering into tight spaces a breeze. Leather upholstery is also standard on SL models. 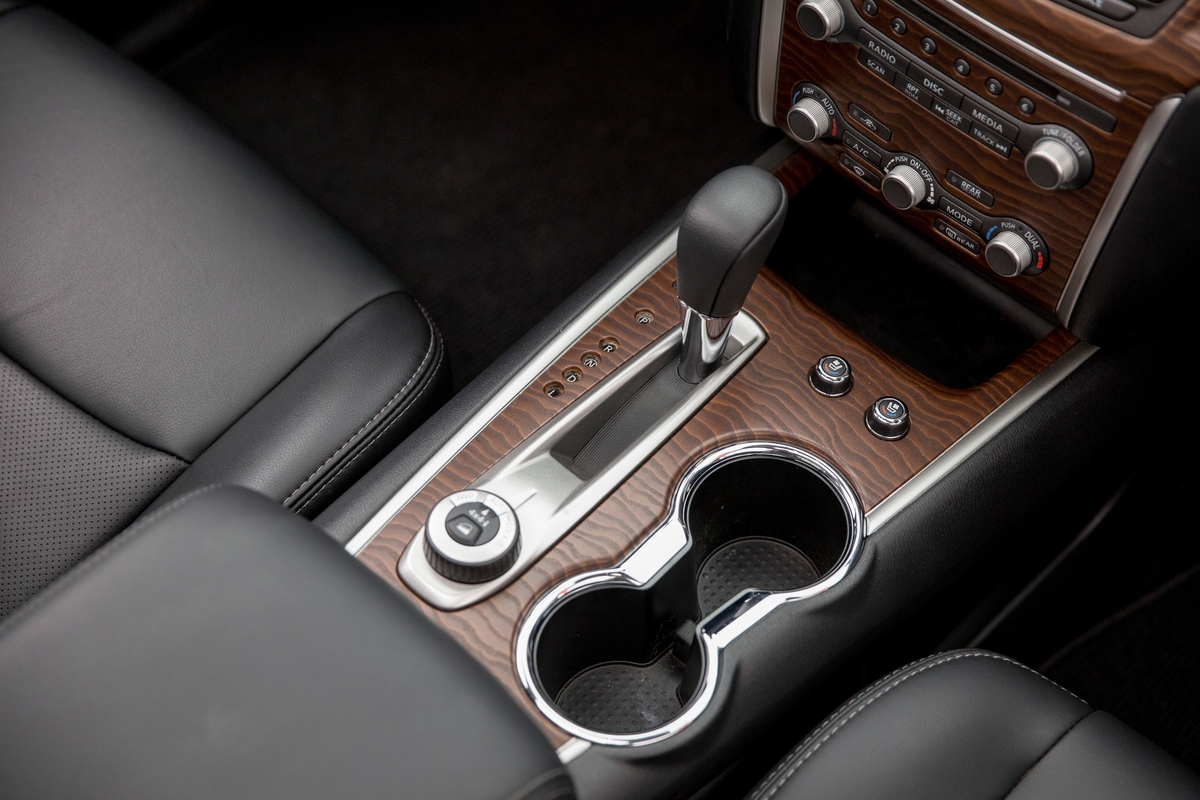 Drivers who want as many features as possible should choose the 2017 Pathfinder Platinum. This top trim level counts 20-inch wheels, LED headlights, and adaptive cruise control among its most noteworthy features and only Platinum models can be equipped with the Family Entertainment package, which adds two 8-inch headrest-mounted displays, USB and HDMI ports, and a DVD player.

The 2017 Pathfinder boasts some exterior changes that are sure to please even the most discerning shoppers. The introduction of a bold new V-Motion grille gives the Pathfinder some added toughness, while a new hood and new front bumper help project a wider, more aggressive stance. 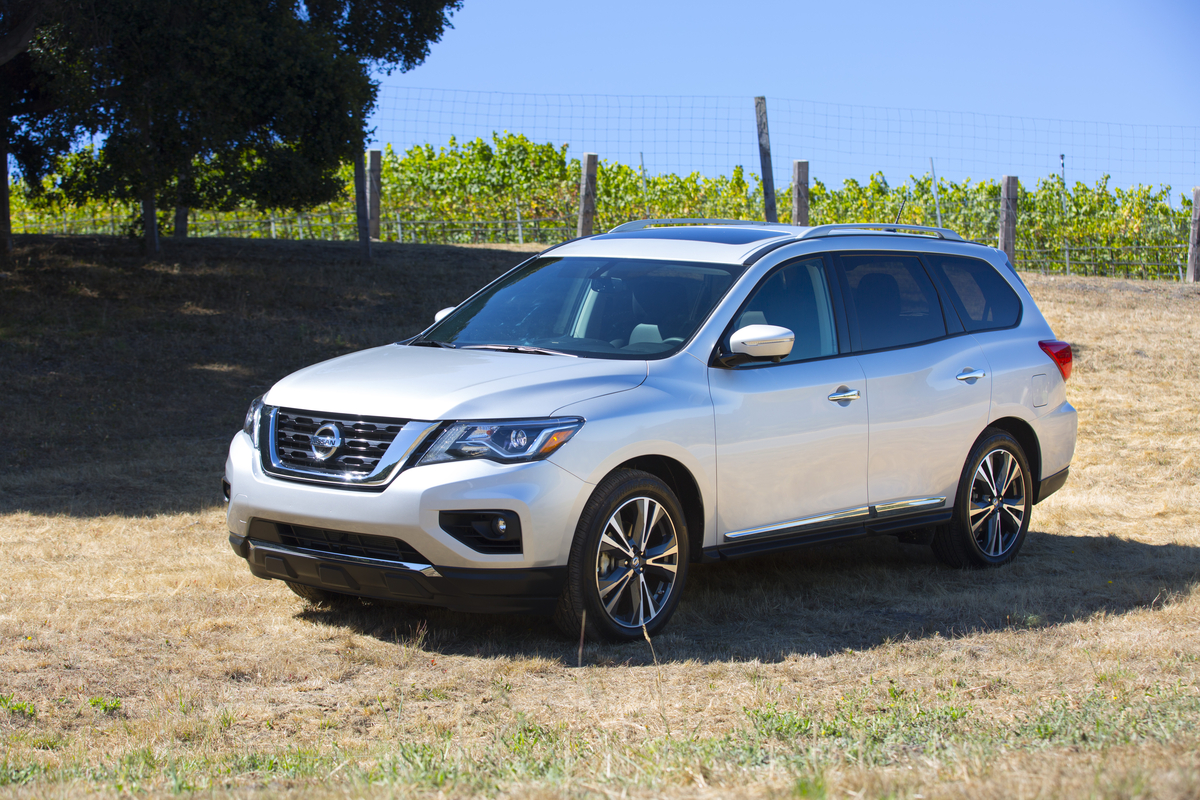 It's not all macho posturing, though, as the 2017 Pathfinder retains the windswept curves as last year's model. However, the new updates to the exterior certainly help lend it a more cohesive look overall, one we think owners will enjoy for years to come. 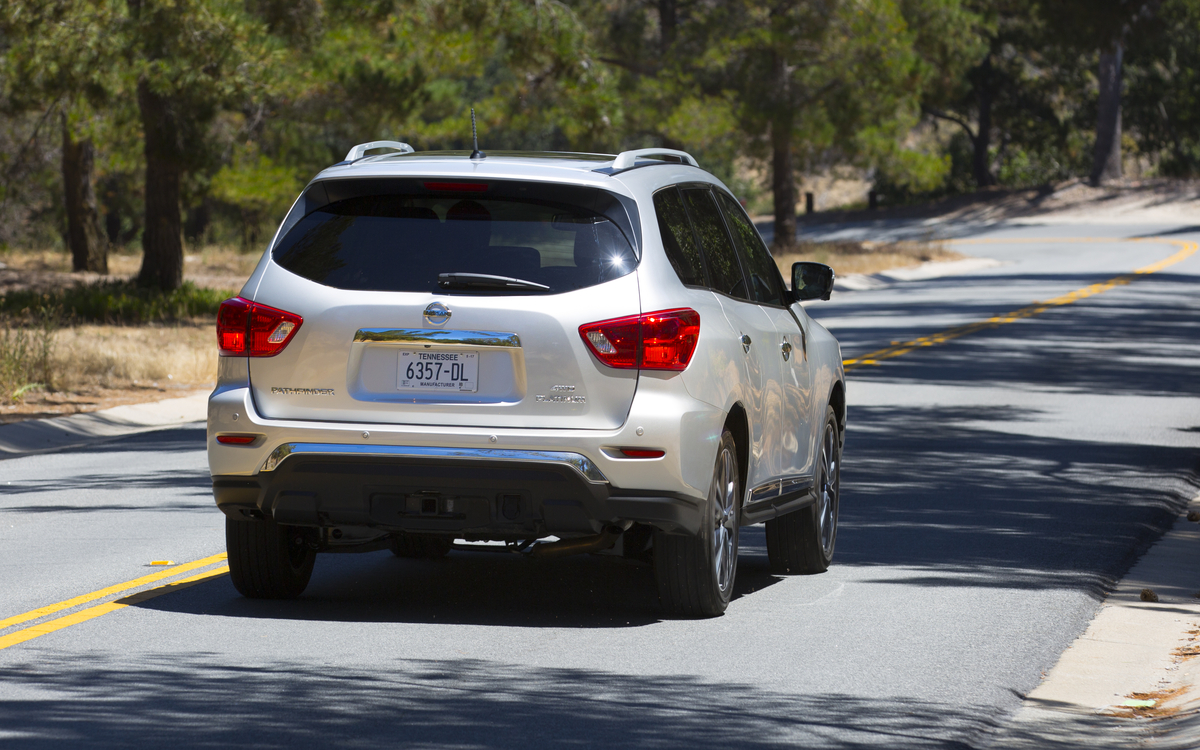 Inside, the design is attractive and comfortable without providing needless luxuries. Those who want extras can always add feature packages. 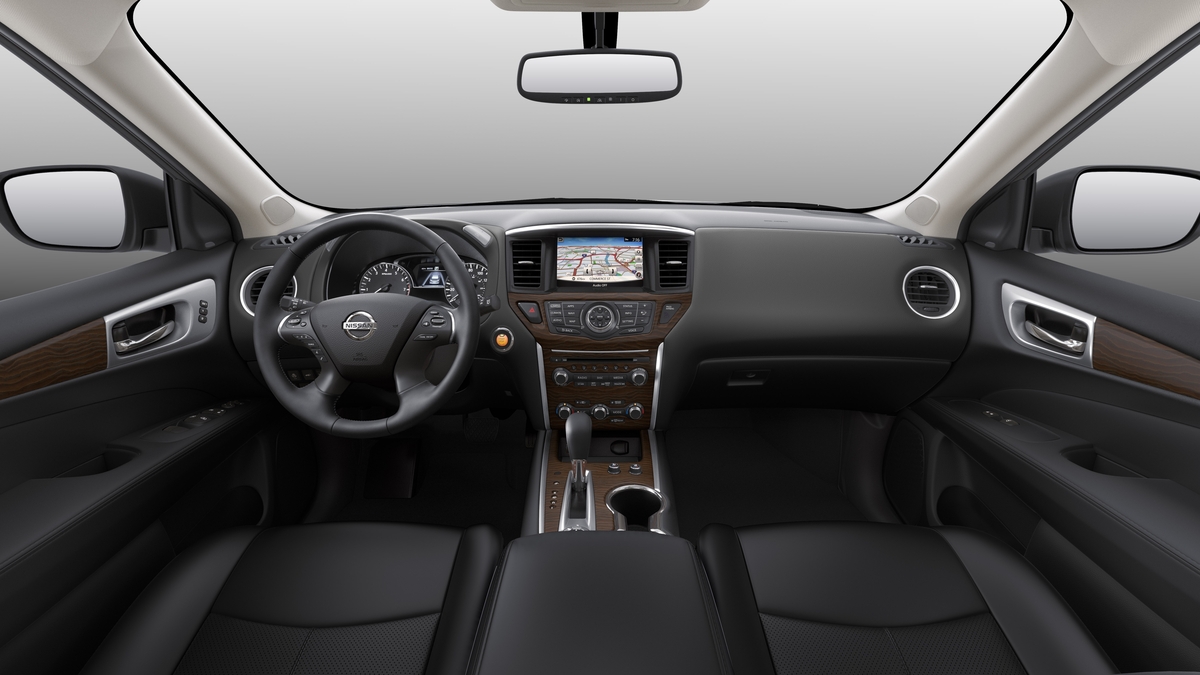 The spacious interior offers enough room for up to seven passengers to sit comfortably, and the second row of seating has been designed so it can fold down into the floor. This provides extra cargo space when the driver needs it, and it also makes extra room for the kids to spread out during long road trips.

Nissan has packed the 2017 Pathfinder with enough safety features to earn it top ratings in all categories covered by the National Highway Traffic Safety Administration. Drivers who are concerned about keeping their families safe can rest easy knowing that they are protected by a total of six airbags.

The 2017 Pathfinder comes standard with traction and stability control, antilock brakes, front side airbags, full-length side curtain airbags, and a rearview camera. Blind-spot monitoring and rear cross-traffic alert are optional on the SV and standard on the SL and Platinum.

Thanks to its intelligent mix of performance, versatility, and advanced safety features, the 2017 Nissan Pathfinder is a compelling choice for SUV shoppers.

To schedule a test drive or learn more information about this new model, contact or visit Mike Smith Nissan at 1515 I-10 SOUTH, BEAUMONT, TX 77704.

*2017 EPA Fuel Economy Estimates. Actual mileage may vary with driving conditions -- use for comparison purposes only.