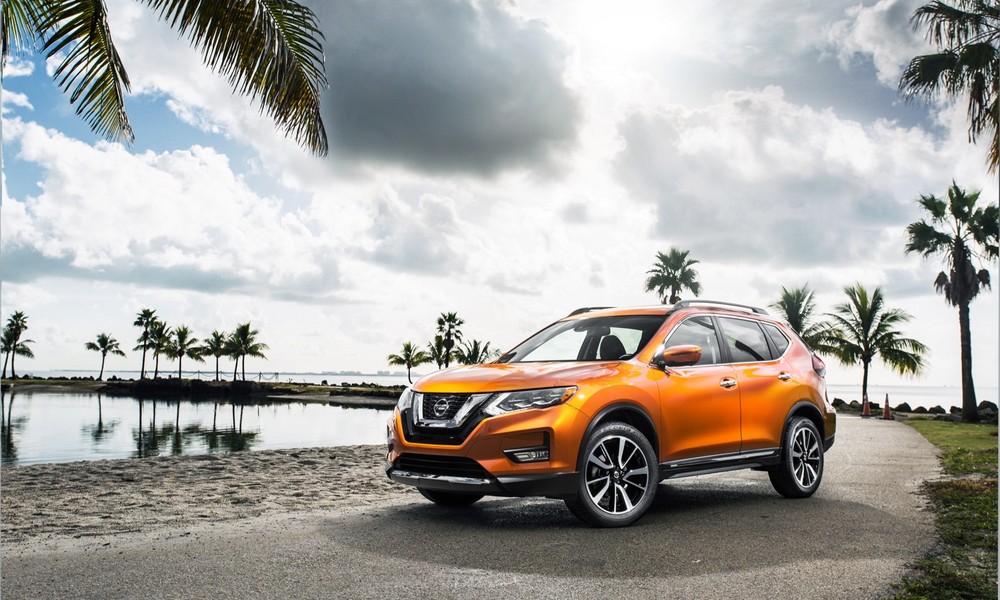 For 2017, the Rogue gets updated exterior styling, new safety features, and a first-ever hybrid model.

The compact crossover segment is a crowded one, but the 2017 Nissan Rogue manages to stand out. Previous versions of the Rogue already had a solid list of credentials, including a flexible interior design, refined driving dynamics, and an array of available convenience features. The updated 2017 model adds a more stylish exterior and a first-ever hybrid model to that resume, making the Rogue more competitive than ever.

The 2017 Nissan Rogue offers buyers even more choices than before. A new hybrid model joins the lineup alongside the standard gasoline model. The Rogue is one of only a handful of hybrid utility vehicles available, offering a no-compromise combination of fuel efficiency and practicality. 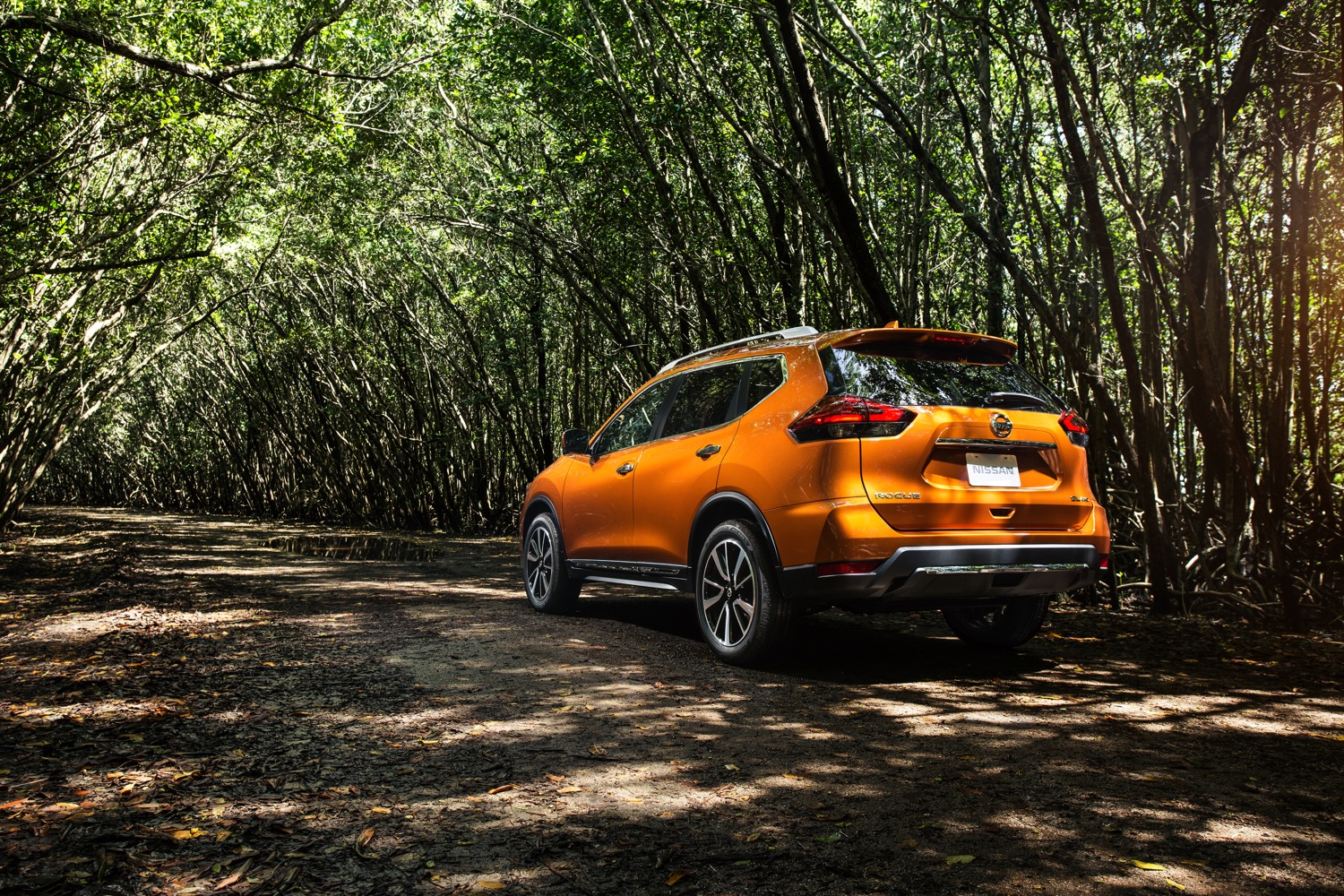 The 2017 Nissan Rogue is a five-door compact crossover available in either five-seat or seven-seat configurations. In addition to those seating options, Nissan offers three trim levels priced starting from $23,820.** 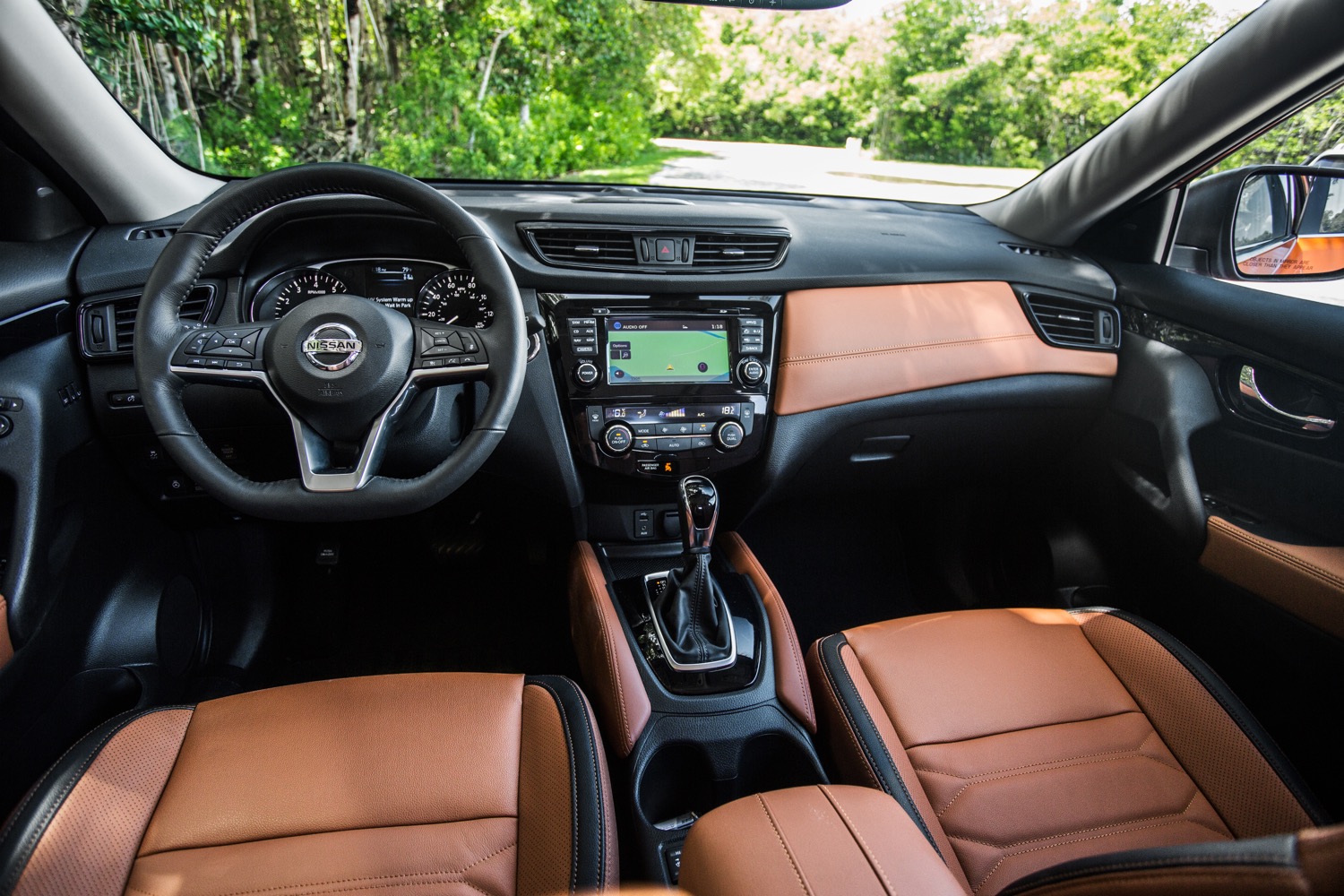 The 2017 Nissan Rogue gets updated exterior styling that gives it a bolder look than previous versions. A new front fascia incorporates fog lights, a larger version of Nissan’s signature “V-Motion” grille, and revised headlights with an LED daytime running-light signature.

At the back, the Rogue gets a new rear bumper, as well as revised rear combination lamps. The lamps incorporate a “boomerang” LED taillight signature. Under the skin, Nissan also added more damping and sound-absorption materials in the floor and body pillars, thicker seals and rear door glass, and other tweaks to reduce noise.

Besides being quieter than before, the 2017 Rogue interior benefits from a few more notable changes. A new D-shaped steering wheel, shifter design, door and instrument panel finishers, and seat fabric are all meant to give the Rogue cabin a more premium feel. As before, the front seats feature a “Zero Gravity” design that provides more support than conventional seats, according to Nissan.

The standard Rogue is available in two-row/five-seat or three-row/seven seat configurations (though the Rogue Hybrid is only available as a five-seater). All seats except the driver’s seat fold flat, allowing the Rogue to easily convert from carrying passengers to cargo. Two-row models also get the Drive-N-Hide® cargo system with 18 adjustable variations between the cargo and passenger areas.

*EPA estimates. Your mileage will vary depending on driving habits and conditions.

**Prices listed are Manufacturer's Suggested Retail Price for the vehicle and options chosen by you. These prices do not include transportation, taxes, title, other options, dealer installation costs, or other dealer charges.